This wasn’t a post I expected to have to write, but bear with me. I’d like to tell you a quick story about my dog.

In 2005 my then girlfriend (now regular friend, believe it or not it’s possible) and I decided to get a dog. Well, she decided she wanted a dog and I love dogs so I went along with it. We named him Puck, an apt name given his mischievous nature as a puppy.

We drove up to the northernmost tip of the panhandle of Texas to pick him up. He was just 6 weeks old. 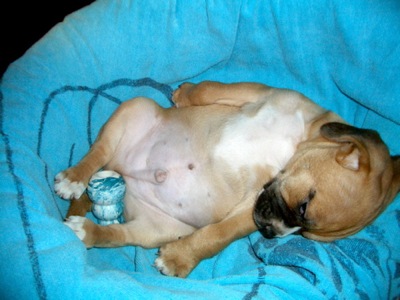 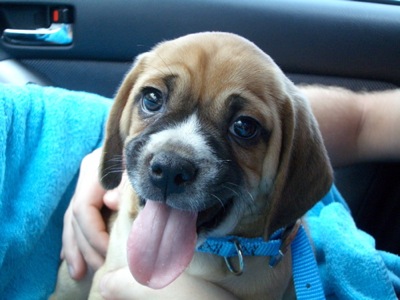 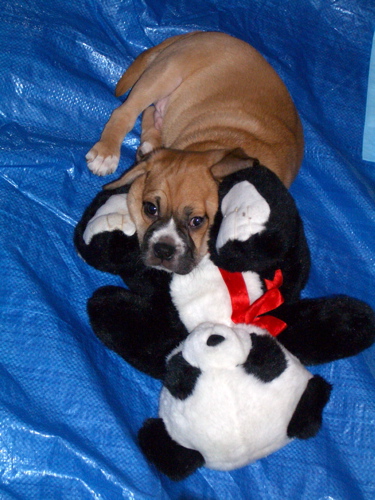 He could be exasperating, goofy, and thick-headed, but he was always cute. 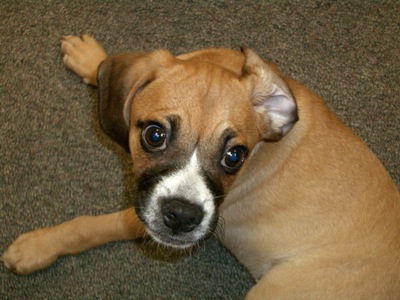 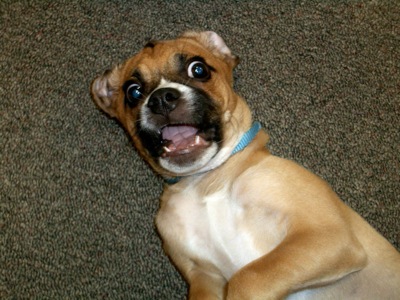 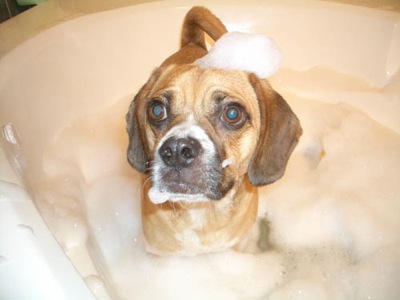 And of course he was always ready to lay next to you and make your day better (even if his fur went everywhere). 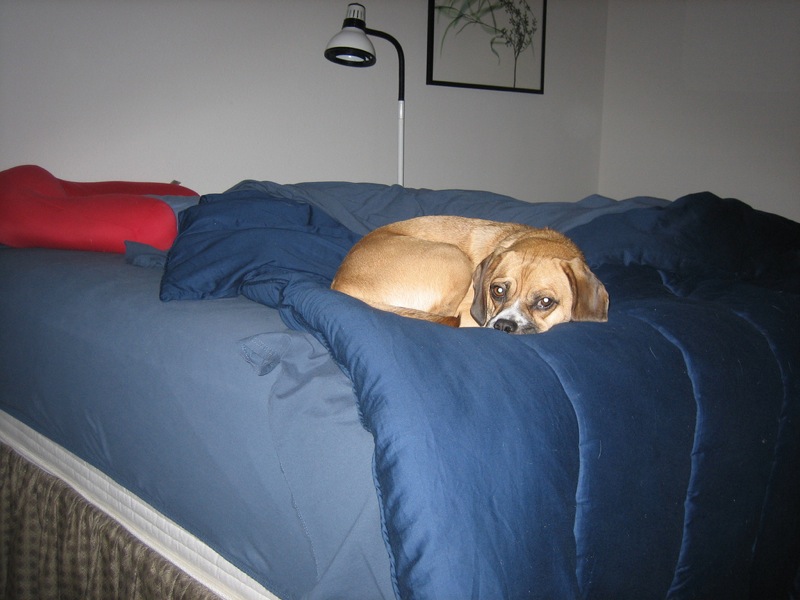 When my then-girlfriend became an ex-girlfriend Puck went with her, but I still occasionally saw him. Then in 2007 she moved to England for a year and I agreed to take him. At that time I had another dog named Jake, a dalmatian, and the two of them became friends. 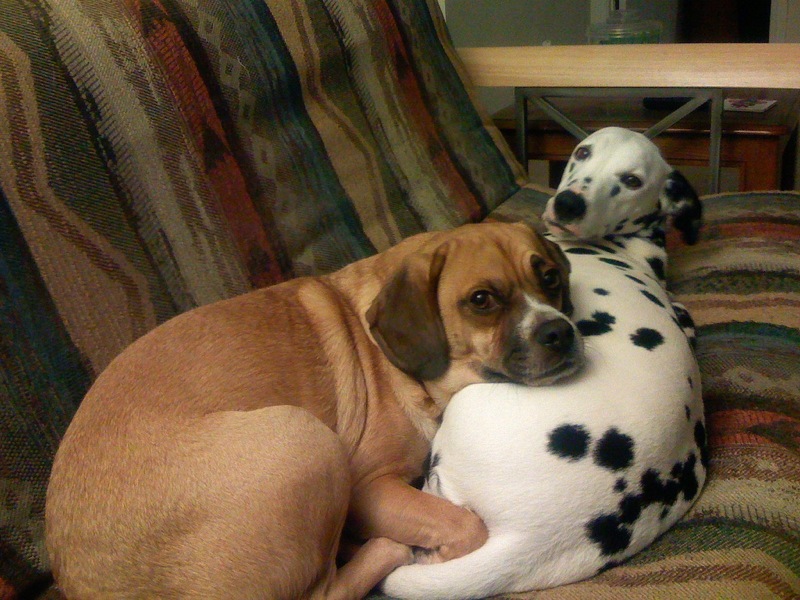 I moved up to Chicago for work at roughly the same time she came back to the US so in early 2008 he went back to her and I only saw him over video chat for a few years. In 2013, however, history repeated itself. I moved back to Austin right as she was moving to England so I was able to take care of him again. He was ecstatic to see me and swiftly determined the best way to hang out with me when I was working. 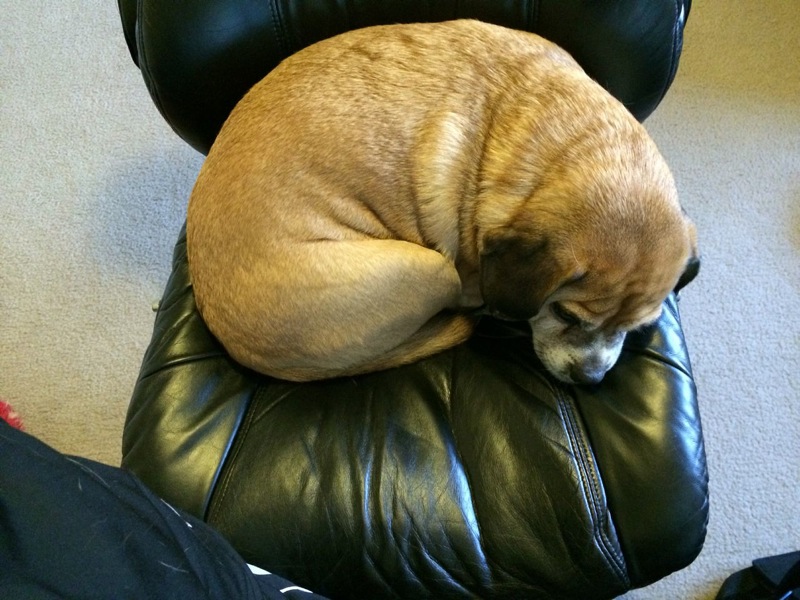 About a week and a half ago we came home and found him having serious trouble walking. A trip to the emergency room and we were told it was likely to be vestibular disease and that he should show significant improvement within 48-72 hours. After a day he was substantially improved so we thought the diagnosis was accurate. Last night, however, he got sick and over the next few hours began losing all strength in his rear legs. I had left the country a few days previously so Sarah took him to the vet by herself, where they did bloodwork and returned with the bad news that it was almost certainly a brain tumor.

I tried to get a flight back, but he declined very rapidly and at around 5pm central today Sarah had to take him to the vet to euthanize him. I’m devastated that I couldn’t be there for Puck at the end, but I’m glad he didn’t have to suffer long. I love you buddy. I hope you enjoyed my company as much as I enjoyed yours… 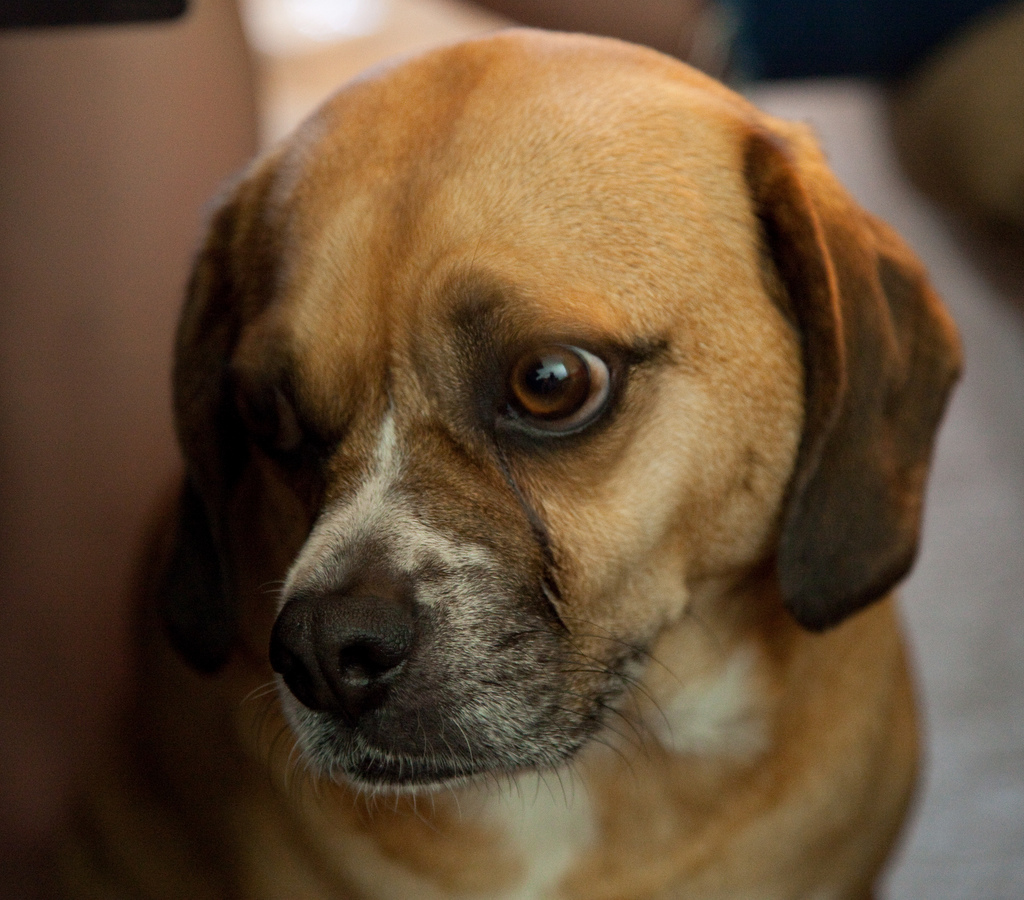